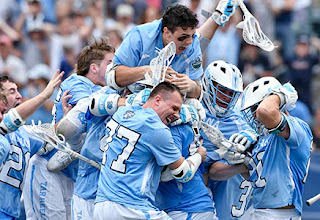 
This is due mostly to the great respect that the players clearly have for each other and their coach. As they commend him for being competitive but transparent with his emotions these players do nothing but praise their coach. The team as a whole had adopted its underdog persona and now with a major title may have to do some adjusting. There isn’t a whole lot now that people won’t be expecting from this team or this coach. Come next season, teams all over the country are going to be watching the University of North Carolina’s Tar Heels team. Travis Cuvelier is very excited to see it all unfold.
Posted by Unknown at 12:44 PM